A few weeks ago, while our congregation was gathering for morning worship, I noticed a child walking across the front of the sanctuary. He stopped at the pew near the piano and stared at the empty offering plates. I saw him reach into his pocket and place something into the offering plate. After the child left, I walked over to see what he had placed in the plate. I was surprised to see two pennies.
You can’t buy much with two cents these days, can you? When I was a child, you could at least buy a couple of pieces of bubble gum. Now, I probably wouldn’t even bend over to pick up two pennies if I saw them on the ground.
Why did this child put in only two pennies? Perhaps he was just doing what we often do. The offering plate is passed on Sunday morning and we quickly look in our wallets and purses. During the week, we never gave any thought about how much we should give. But as we see the plate coming our way, we look to see how much we have with us and how much we think we can spare.
Back in Biblical times, the practice of giving was much different. A large container was located in a prominent place at the temple. As people passed by, they would toss their offerings into the vessel. I wonder how many people scrambled to see how much they had and how much they could spare as they approached the temple.
Rich people liked to show off when giving their offerings. Historians tell us they would often hire a musician to blow a trumpet before they tossed their gift into the container. They wanted everyone to see how much they gave. Such behavior reminds me of people in our day who give only if they can receive recognition.
Jesus cautioned us “Take heed that you do not do your charitable deeds before men, to be seen by them … but when you do a charitable deed, do not let your left hand know what your right hand is doing, that your charitable deed may be in secret …” (Matthew 6:1, 3-4). The lesson for us is simple. How much you give is between you and God. The question we must ask ourselves goes one step further. Why am I giving this amount? Is this how much I think I can spare? Am I giving so others will be impressed? Is this all I happened to have in my pocket today?
The little boy & his two penny offering also reminded me of the widow who dropped her “mites” into the temple treasury. Jesus said she put in all she had. Her gift was worth more than those who gave just what they thought they could spare, what they happened to have in their purse, or for the attention they received.
How much you give to God’s church is between you and the Lord. Doesn’t He deserve the best? Doesn’t God deserve more than what we feel we can spare? I encourage you to pray and consider your gift before you come to God’s house each Sunday. Giving is a privilege, an honor, and a joy. 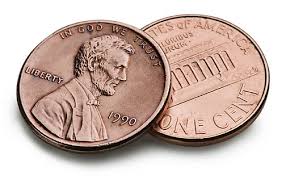 View all posts by brojoew